(You can download the media kit as a PDF right HERE)

Richard E. Darshwood is a highly charismatic performer who has perplexed and amazed many notable celebrities such as film-maker Martin Scorsese, Grammy Winner Miranda Lambert, Super Bowl Champion Clay Matthews of the Green Bay Packers and many more with his delightfully animated personality, witty antics and clever tricks.

His natural ability to fully captivate every audience he encounters has earned him two consecutive People’s Choice Awards from the International Brotherhood of Magicians and is precisely why he is affectionately known as “The Charming Trickster, himself.”

A graduate of The McBride School of Magic and Mystery in Las Vegas – where he also received training from several of the world’s leading stage hypnotists – he is now certified by the American Alliance of Hypnotists and is currently focusing on the study of social engineering with The Art of Charm Academy in Los Angeles, CA.

He has appeared on several network-affiliated television programs, performed in venues across the country (including Planet Hollywood in Las Vegas) and served as an honorary representative for The United States at the international magic festival, “IndiaJaal“, which was sponsored by Asia’s very first Academy of Magical Sciences in 2011.

Since 2013, Darshwood has been hosting an invitation only magic dinner show in Louisville, Kentucky. (www.MagicDinnerBourbon.com)

This is a sample press release.  A complete release with your event information will be emailed to you.

RICHARD DARSHWOOD COMING TO [YOUR VENUE]

World traveled magician Richard E Darshwood will be presenting his one of a kind trickery on [EVENT DATE] at [EVENT NAME].

He has performed at Planet Hollywood in Las Vegas, and personally entertained prominent stars such as Martin Scorses, Jerry Bruckheimer, and Miranda Lambert. He will make your guests feel like celebrities as well!

The grandson of a Ringling Brothers, Barnum and Bailey Circus clown and nephew to a grand stage illusionist, Richard claims to have been born to perform and continues to uphold the family tradition by sharing the joys of comedy and wonder with everyone he encounters.

There will be lots of audience involvement. With that slight smile that earned him the nickname “The Charming Trickster”, he will take you on a journey you won’t want to end.

Please contact Ray Lawrence directly for additional assistance with media contacts such as radio and television interviews.  We are happy to assist: 502-276-3737.

Q. How did you get started in magic?

A. I’ve been performing magic since a very young age.  My uncle, who has traveled all over the world with his grand illusion show, was my earliest inspiration and my first mentor when I was just 9 years old.  Since then I have taken on many mentors and trainers and even attended the McBride School of Magic and Mystery in Las Vegas to further refine my craft.

Q. When you perform strolling magic, what do you need us to set up for you?

A. Almost nothing at all.  When I am hired to provide strolling entertainment, I arrive with everything I need to begin dazzling your guests the moment I walk through the door.  Sometimes, I am asked to perform in ballrooms or concert halls with very loud music and it is good to point out that this often takes away from the magical experience.  What I excel at, as a performer, is building a connection with my audience and that’s very difficult to do when we can’t even hear each other speak. To be totally honest, I often wonder why so many event planners tend to have their such loud bands and DJs anyway.  How do you expect people to socialize if they can’t hear each other?

Q. Where did you learn hypnosis?

A. I first started learning about it on my own as I began studying psychology and human behavior as it pertained to magic.  I soon found a great teacher of hypnosis in Las Vegas and after two live trainings with some of the best hypnotists from around the world I became certified by the American Alliance of Hypnotists in 2010.

A. Hypnosis is very real.  It is actually acknowledged by the American Medical Association as a reasonable means to treat various psychoses and to aid in the changing of personality disorders and bad habits.  Very similar to a state of meditation, hypnosis is a powerful tool that enables a focused individual to tap into their imagination and create an alternative reality.  It’s completely safe when the hypnotist is properly trained and can also result in some highly comedic and motivational performances.

Q. Do you mind staying later than originally agreed upon to mingle with our guests?

A.  If I’m not scheduled to be somewhere else after your event then of course I don’t mind!  As far as I’m concerned, I am at your service and my job is to ensure that your guests get the best experience possible.  Part of that is getting a chance to hang out with them even after things have started to wind down.  I’ve met so many great people at the events I’ve worked (not just celebrities either) and I have so many great stories to share.  It always feels like an added bonus for me and your guests to get more well acquainted with each other after the big event and I’m always prepared to show off another trick or two later in the evening if the right moment strikes.  And that’s REAL magical moments!

Q.  When you perform a stage or formal show in front of a larger audience, what do you need us to set up for you?

A.  Sound and lighting are very important elements of a theatrical performance and magic is affected the same way.  I always travel with a microphone and a portable music player that needs to be plugged into a larger sound system.  You’d be surprised how much a show can be improved just by having a trained audio technician on hand so if your venue offers one, I would highly recommend taking advantage of it.  I’ve seen a lot of great events fail because of a faulty sound system or poor lighting.  Even presidents of big companies can be left looking foolish if their microphone keeps cutting out during their address.

I would love to tell you that my style of performance is so versatile that it can be performed anywhere but experience has told me that sometimes it would have been much better had we not proceeded without first securing a properly lit stage or at least made sure that adequate sound equipment is available.  Makes such a big difference.

If I’m performing a hypnosis show at your event, we will also require about 10 to 15 sturdy chairs with no arms and enough stage space for them to be lined up too.  Please take the time to make sure the chairs really do have sturdy backs and legs.  For the sake of safety, I will double check them all anyway but it’s nice to know ahead of time that we are already in good shape.

Generic Poster – Corporate. Right Click on Image and select “Save Link As” 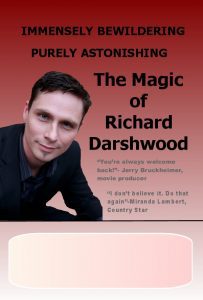 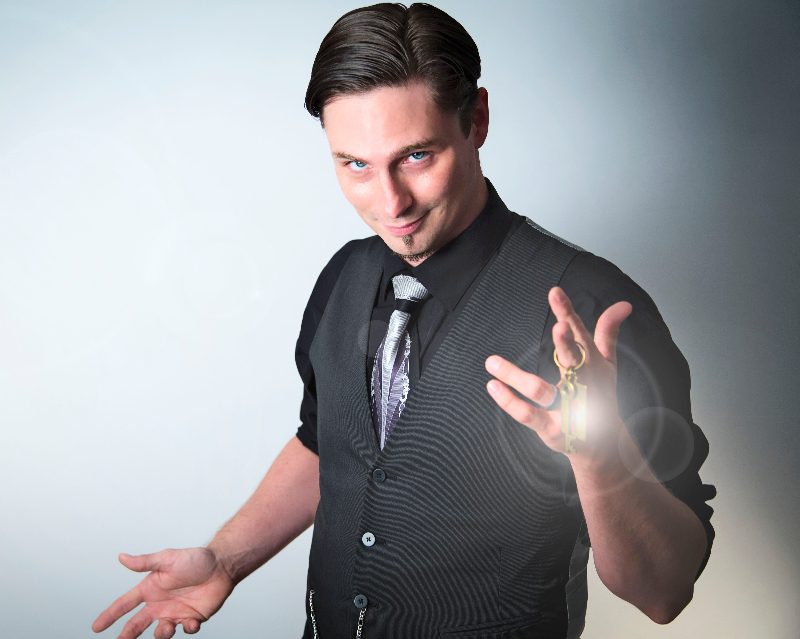 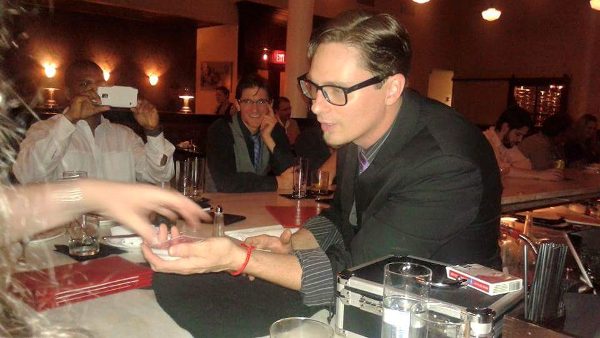