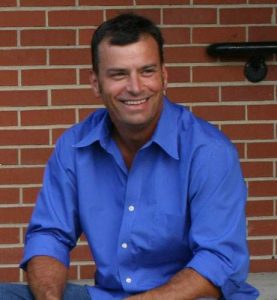 It’s a good thing sitting still, paying attention aren’t the skills you need to become a standup comedian, because Rich Ragains possesses none of them. And while his ADHD kept him from being a teacher’s pet or even a good student, it has helped him develop and act that even his teachers would be proud of. In an odd sort of way, his quick thinking and improv skills also helped him become a high school wrestling champion, but that fact really has nothing to do with his current career. Rich’s career began on a dare when he was talked into taking the stage at an open mic night after the guy who was scheduled to perform backed out! And because that one guy lacked either courage or scheduling ability, Rich now enjoys a career in standup comedy that has taken him from Northern Canada, all the way to the sunny Bahamas.

Rich Ragains is the perfect choice for your next event. With clean jokes, hilarious true-life family stories and this show will leave your people rolling with laughter. When not performing for corporate groups or private parties, Rich performs at the nations top comedy clubs such as the Comedy Caravan, Stardome, Funny Bones, the Punchline, and Zanies. He is also a contributing writer for National Lampoon’s Sports Minute Or So. Rich has opened for the likes of Dave Chappelle, Carrot Top, Larry the Cable Guy. He’s been seen on Country Music Television, NBC and been heard on Bob and Tom as well as XM and Sirius radio.